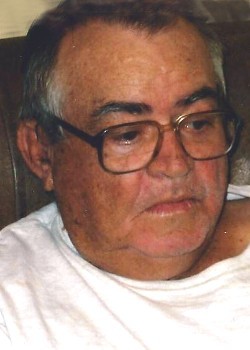 Ronnie H. Bridges, 71, of Ridge View Rd., Alexander, died Thursday, June 28, 2012. A native of Buncombe Co., he was a son of the late Herman and Zennie Sluder Bridges. He was also preceded in death by brothers Maurice and Paul Bridges. Mr. Bridges owned and operated Bridges Dairy Farm for 55 years. His favorite activity was visiting friends and talking about current events. He is survived by his wife of 53 years, Betty L. Bridges; a daughter, Ronda Hensley and her husband, Charlie; 3 grandchildren whom he was very proud of, Brandon Hensley, Chad Hensley and his wife, Brittney, and Spencer Hensley; great-grandchildren Isaac and Addison Hensley; and sisters Margaret Rymer and her husband, Max, and Colleen Riddle. A funeral service will be held at 3:30 p.m. Sunday in the Patton Ave. chapel of Groce Funeral Home, with the Rev. Charles Phillips officiating. Interment will follow at Mountain View Baptist Church Cemetery. His family will receive friends from 2:00 to 3:30 p.m. Sunday at the funeral home. In lieu of flowers, memorials may be made to Macedonia Baptist Church, 1468 Jenkins Valley Rd., Alexander, NC 28701.