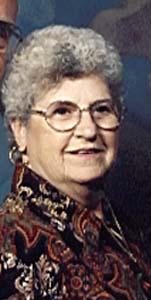 A native of Manchester, New Hampshire, she was the
daughter of the late Albert and Mary Bernard Grimard.  She
was a member of the Basilica of St. Lawrence, D.M. and was
a retired employee of Reynolds High School.

A funeral mass will be held at 12:10 pm Wednesday in the
Basilica of St. Lawrence, D.M. conducted by Father
Christopher Davis.