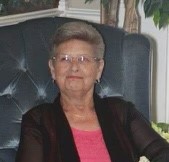 A native of Madison County, she was a daughter of the late Sidney and Annis Shelton Hensley. Ruth was also preceded in death by her husband, Donald Cambridge Decker who died in 2015.

Ruth attended Warren Wilson College and graduated from Mars Hill University. She worked for 27 years with the Buncombe County School System starting as a paraprofessional at Biltmore Elementary School, then became a 2nd grade teacher at Valley Springs Elementary School and Estes Elementary School. She was a member of Westside Christian Church. Ruth’s family would like to say a “special thank you” to CarePartners Hospice for their care and compassion.

A Graveside Service will be held at 2:00 PM on Wednesday, November 17, 2021 at Ashelawn Gardens of Memory.

In lieu of flowers, Ruth’s family asks that you please consider making a contribution to the Salvation Army.