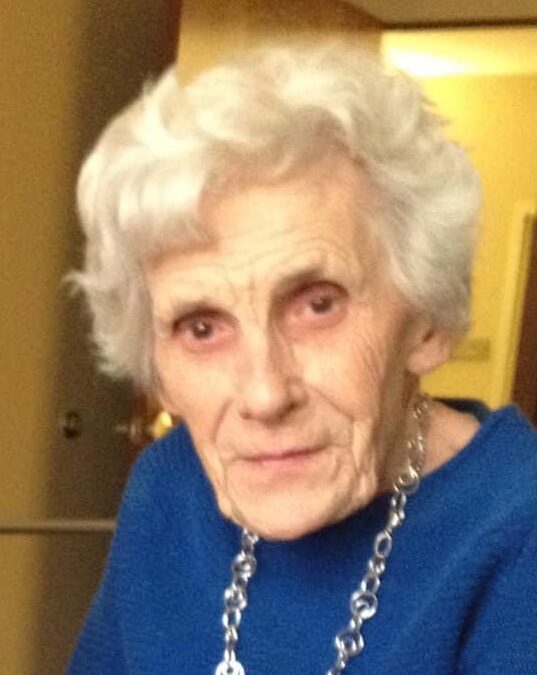 Ruth graduated from Lee H. Edwards, now Asheville High School, in 1939. She began work after high school, before WWII, at Postal Accounts in Asheville. Ruth married James B. Coward after his homecoming from WWII in 1946. She lived in Western NC, including Canton, NC, for many years prior to moving to the Raleigh-Durham, NC, area to be closer to a daughter.

A dedicated and loving mother and homemaker, she is survived by four children: Jane Coward Sales and husband Robert Sales of Savannah, GA; Beth Coward Lindsey and significant other John Hribar, of Durham, NC; James Bernard Coward, Jr and wife Linda Page of Old Lyme, CT; and John Matthew Coward and wife Jasmine Baleva Coward, of Sierra Madre, CA. She is also survived by two well-loved grandchildren, Anna Sales Kelly and husband Charles Kelly, of Savannah, GA, and Robert Alexander Sales and wife Chantal Desplanques Sales, of Wellington, FL; as well as two beloved great-grandchildren, Evan and Emery Sales, ages 11 and 14. She will be missed as well by a large extended family including many nieces and nephews and their spouses.

A Roman Catholic funeral mass will be held on Tuesday, September, 14, 2021 at 10:00 am in the Basilica of St Lawrence in Asheville, where family were long-time members. The family will receive friends at a celebration of life to be held at the community center at 12 Southcliff Parkway in Fairview, NC starting at 12:00 noon following the service.