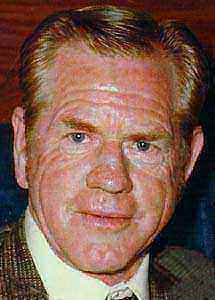 Samuel Edward Jenkins, 87, of Candler, died Tuesday, May 9, 2006, at his home. A native of Crosby, TN, he was a son of the late Russell and Jane Jenkins and was also preceded in death by a son, Russell Edward Jenkins, who died in 1972. Mr. Jenkins was retired from Champion Papers with 38 years of service and was a WWII Army Air Corp veteran where he served in the Pacific Theater. Survivors include his wife of sixty years, Elene Stiles Jenkins; a daughter, Diane Bailey of Dallas, GA; two sons, Bruce Jenkins of Kernersville, NC and Steven Jenkins of Hiram, GA; six grandchildren; seven great-grandchildren; a brother, George; four sisters, Ada, Estellina, Sara and Nettie and several nieces and nephews. A Memorial Service will be held at 5:00 pm Saturday in the Patton Avenue chapel of Groce Funeral Home. The family will receive friends from 4:00-5:00 pm Saturday at the funeral home prior to the service. In lieu of flowers, memorials may be made to CarePartners Mountain Area Hospice Foundation through their website, www.carepartners.org or may be sent to CarePartners, PO Box 25338, Asheville, NC 28813. The family would like to thank the staff of Mountain Area Hospice, especially Beth Quinn, RN, for the care, attention and love that they showed and gave to Sam.