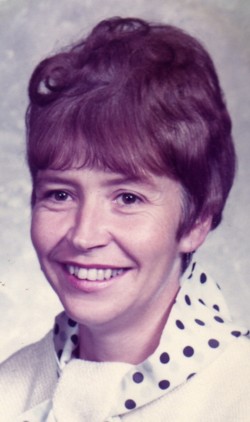 Shirley Cole Blazer, 71, of Candler, passed away peacefully with her loving family at her side Sunday, February 25, 2007, at Memorial Campus Mission Hospitals. Her death came after a long, courageous battle against Multiple Sclerosis. A native and lifelong resident of Buncombe Co., she was the daughter of Ruby Harris Cole and the late C.B. Cole, who died in 1997. Shirley was employed by American Enka in Research & Development for 35 years prior to her disability retirement in 1984. She was also a lifelong member of Pole Creek Baptist Church. She was an inspiration and friend to all who knew her, and will be dearly missed by all. Surviving in addition to her mother are her husband of 51 years, Dave; her son, Mark and his wife Laura, of Weaverville; a very special niece, Tammy and her husband Tim Reeves and son Carson, of Candler; a brother, Howard “Buck” Cole and special friend Joyce Ann Putney, of Augusta, GA; a sister, Jean and husband Stan Robbins, of Candler; brother-in-laws, Bob and his wife Mary Blazer, of San Antonio, TX, Jack and his wife Joyce Blazer, of Candler; sister-in-laws, Nell and her husband Bernard Metcalf of Woodfin, Penny and her husband Jerry Best of Canton, Jenny and her husband Jack Penley of Leicester; special caregiver and friend, Vergie Freeman; numerous nieces, including Beth and Janet, nephews, aunts, cousins, and special friends. Funeral services will be at 11:00 a.m. Wednesday at the Groce Funeral Home chapel on Patton Ave. with the Rev. Danny Gasperson officiating. Burial will follow at Snow Hill United Methodist Church Cemetery. Serving as pallbearers will be Tim Reeves, Mike Blazer, Josh Gasperson, Randy Burgess, Frank White, and Chris McCoy. Honorary pallbearers will be the Men’s Senior Adult Sunday School Class of Pole Creek Baptist Church. The family will receive friends 7-8:30 p.m. Tuesday at the funeral home and at other times will be at the home. Flowers are appreciated, or memorials may be sent to the Snow Hill United Methodist Church Cemetery Fund, 84 Snow Hill Church Rd., Candler, NC 28715 or Pole Creek Baptist Church Climbing Higher Fund, 96 Snow Hill Church Rd., Candler, NC 28715 or to the National M.S. Society, P.O. Box 241535, Charlotte, NC 28224.