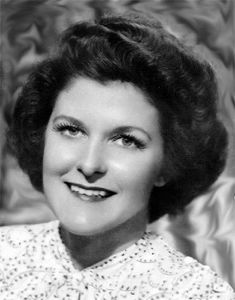 Mrs. Raine was born in Annapolis, MD, the daughter of the late Alton Vernon Duckworth and Mary Elizabeth Anderson.

She led a long and eventful life, graduating from St. Joseph’s School of Nursing, she was a registered nurse and worked in several hospitals in Baltimore, MD until the beginning of WW II when she made the decision to serve her country. She was assigned to the 142nd hospital division of the Army Nurse’s Corps. She was stationed in the South Pacific, Fiji and then Calcutta, where she met her husband of 55 years, Robert James Raine a pilot and archer. She adapted to many changes of residences including, Florida, California, China Nevada, Oregon, Missouri and NC. She was also the owner of several successful retail businesses.

Funeral services will be Tuesday, September 26, 2000 at 3:00 PM in the Church of Jesus Christ of Latter Day Saints on Sweeten Creek Road in Arden, NC with Bishop Thomas Helms officiating. Interment will follow in Mountain View Memorial Park in Black Mountain.

The family will receive friends thirty minutes before the service at the church.

Groce Funeral Home at Lake Julian in Arden, NC is in charge of arrangements.