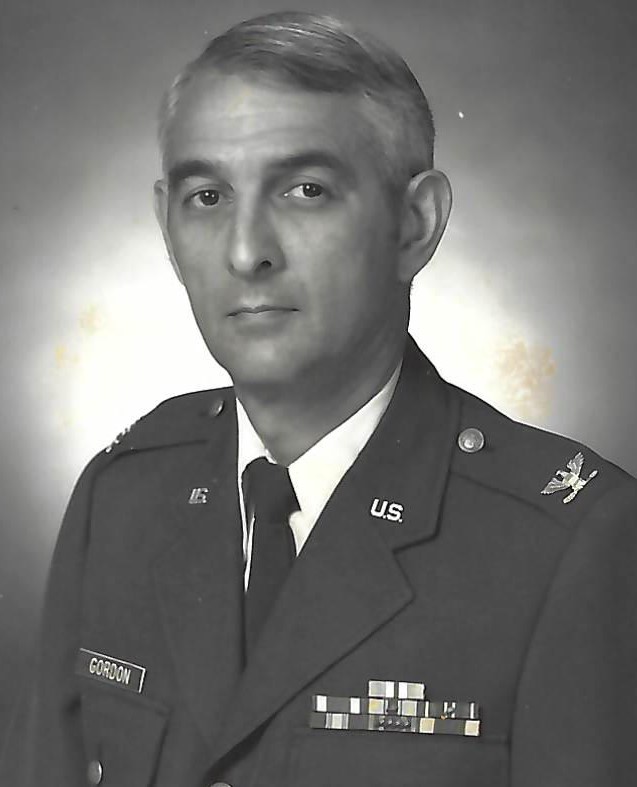 Sidney Hamilton Gordon (85) died on September 4, 2020 in Asheville, NC. He was born in Greensboro, NC to the late Walter Albert Gordon, Jr. and Mary Polk Gordon.

Sidney graduated from Curry High School in Greensboro and earned his Bachelor of Mechanical Engineering degree at North Carolina State University and his Master of Science degree in Aerospace Management from the University of Southern California. At NC State, he was the “Wolf” his freshman year and later a cheerleader.

Upon graduation in 1958, he married Gloria Elizabeth Paschal. Their romance began during their Curry High School days and they enjoyed 62 years of a happy marriage.

He was commissioned a 2nd Lt. in the Air Force upon college graduation. After completing his three-year Air Force commitment, he attended Candler School of Theology at Emory University. During that time, he pastored four small Methodist churches on the Methodist Washington County Circuit in South Georgia. He was ordained a Deacon at the South Georgia conference of the Methodist Church in 1962, and his congregations were awarded “Circuit of the Year” at that conference. During the Cuban Missile Crisis, he returned to active duty in the Air Force and completed nearly 25 years of service, retiring as a full Colonel.

During his military career, he was an instructor in electronics, a Minuteman Missile Combat Crew Commander, a member of the test force for the FB-111 and ended his career in communications. His awards include the Legion of Merit and the Air Force Distinguished Service medal. He is a graduate of the Air Force Squadron Officers School, Air Command & Staff College, and the Industrial College of the Armed Forces. After retiring from the Air Force, Colonel Gordon was an operations manager for Computer Sciences Corporation in northern Virginia for 17 years.

He was a life-long member of the United Methodist Church and served his church in many ways. Over the years, and at several churches, he served as Chairman of the Administrative Board, Chairman of the Board of Trustees, Communion Steward, Usher, Stewardship Chairman, Choir member, Finance Chair, Teller, Sunday School teacher; and in his later years, as Property Chairman, when he spent many hours repairing the church building and parsonage. He especially loved working with youth and accompanying them on their mission trips to Mexico, New Orleans, Mississippi, Costa Rica, West Virginia and Virginia.

He enjoyed woodworking, stained-glass art, jitterbug dancing, clogging, playing racquetball, helping others, and fixing any and everything. A self-taught mechanic, he maintained and repaired his vehicles most of his life. He rebuilt the engines on two cars and once fixed his VW with a toothpick. He was known for his teasing and winsome sense of humor.

The family thanks the Givens Estates Health Center staff, Four Seasons Hospice nurses, and our special appreciation to Dr. Gloria Trujillo for her excellent care and compassion.

A private service of interment will be held at the Western Carolina State Veterans Cemetery. In lieu of flowers, donations may be made to the Resident Assistance Ministry, Givens Estates, 2360 Sweeten Creek Road, Asheville, NC 28803 or to Lake Junaluska Youth Ministry (www.lakejunaluska.com). Groce Funeral Home’s Lake Julian staff is assisting the family.