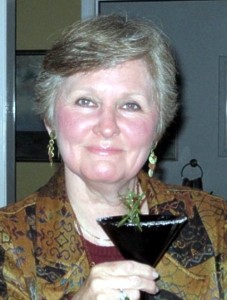 STEPHANIE LUNSFORD SNYDER Stephanie Lunsford Snyder, 60, a resident of Mt. Pleasant, SC, died Tuesday, January 20, 2009, in Mt. Pleasant after a brief fight with cancer. She is survived by her husband of forty years, H. Stephen Snyder of Mt. Pleasant. She was born February 3, 1948, in Asheville, and she was preceded in death by her Father, Melvin "Laurence" Lunsford, her Mother, Henrietta Gaddis Lunsford both of Asheville, and her sister Doris Lunsford Simpson of Irving Texas. In addition to her husband Stephen, she is survived by a niece, Pamela Simpson Lochhead, of Ridgecrest, California, her husband Larry and their daughter Suzanne; another niece Lisa Simpson Ballard of Purcell, OK, her husband, Keith, and their children Stephanie and Scott; and her brother-in-law William W. Simpson of Irving , Texas. She was a 1966 graduate of Lee Edwards High School and attended Western Carolina University at Cullowhee. She was the Director of Computer Services at the South Carolina School of Law in Columbia, SC and then moved to Charleston, SC were she was the legal administrator for several multi-office law firms. After retirement, she became an independent activist for the Democratic Party. She belonged to the following organizations and spent long hours working for the causes of: the ACLU, Americans United for the Separation of Church and State, the SPCA, Block Blackwater, Democrats.com, Democratic Underground.com, Human Rights Campaign, Human Rights First, MoveOn.org, Naral Pro-Choice America, Planned Parenthood, People for the American Way, Save Darfu, United for Peace and Justice and Free Levi Johnson. After the discovery of her cancer, she decided that she needed to do more than sit at the computer writing letters to government officials and daily newsletters, so she became a volunteer at the Women's Clinic as an escort for the clinic's patients who have to walk through lines of screaming anti-abortion protestors. She met a wonderful group of caring volunteers who also got her involved in anti-war protests. Stephanie loved movies and went with her best friend two or three times a week, mostly to The Terrace Theater on James Island. This summer, as she has watched previews for movies she knew she would not see, she was sad for what she knew she would miss. In lieu of flowers, please go see a movie for her, preferably at The Terrace, and remember her while you are watching the movie. After cremation, there will be a private burial at her family cemetery. Groce Funeral Home on Patton Avenue is assisting with the arrangements.