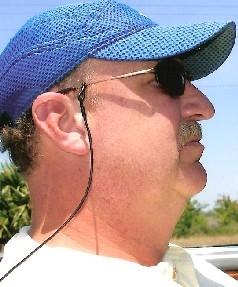 Asheville - Steve Cole, 47, a native of Ashe-ville, was taken from us on Friday, Aug. 4, 2006. Steve attended grade school at Country Day School and was a 1976 graduate of T.C. Roberson High School where he was a member of the championship T.C. Roberson basketball team during both his junior and senior years. Steve attended UNC-Wilmington and later became manager over a popular Topsail resort and The Blockade Runner. Steve came back to Western North Carolina and became general manager over High Hampton Inn in Cashiers for several years and, later on, Glen Cannon Country Club in Brevard. During his wonderfully fruitful and productive life, he was a member of Carolina Real Estate Investor's Association. Steve loved life, his children, his wife, his family and his friends. Steve was the con-summate gentleman, well read and well trav-eled. He was devoted, supportive, encourag-ing, always giving of himself, always listening and never was one to criticize or complain. Steve was very generous and lived his life selflessly to help others. He is a beloved husband, father, grandfather, son, brother, friend, partner and companion. He loved hik-ing, camping, fishing, boating and snow ski-ing. His passions in life were Tarheel basket-ball and ocean sailing. He had his captain's license and had made several trips sailing in the Caribbean with his wife. He was adven-turous, lived life to its fullest and was a bless-ing to all who knew him. He is survived by his loving wife, Marsha Cole; mother, Barbara Jean Byrd Cole; sis-ter, Jennifer Byrd Cole Messick; stepchildren, Chris Sigmon and Betsy Buckingham; and grandchildren, Scout and Carson Sigmon and Trey and Max Buckingham. The memorial service will be held at 3 p.m. Tuesday at Acton United Methodist Church in Candler. Groce Funeral Home on Long Shoals Road is in charge of arrangements. In lieu of flowers, donations may be made to Habitat for Humanity, Asheville office.