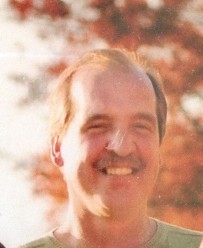 Stephen J. Wolff, aged 55, passed away suddenly Tuesday, February 5, 2013 at home. A celebration of life service will be held Saturday, February 9, 2013 at 11:00 AM at Central United Methodist Church, 27 Church Street, Asheville. The family will receive friends at the church at 10 AM preceding the service. Mr. Wolff was born in Covington, Kentucky on December 4, 1957 to the late Raymond and Geraldine Wolff. At the time of his death, Mr. Wolff was a resident of Asheville with his loving wife, Virginia, and three children, a son, Walker Raymond Wolff, and two daughters, Wynter Marie Wolff and Waverly Landers Wolff. His is also survived by two sisters, Mary Elizabeth Wolff-Blom, Mary Therese Schroer and a brother, Walter Paul Wolff, all of Florence, Kentucky. Mr. Wolff graduated from Covington Latin High School and earned his bachelors degrees in Sociology and Philosophy from Northern Kentucky University in 1979. Upon graduating college and marrying the love of his life, Virginia, the two embarked upon adventures that led them to work and live at Yellowstone National Park, the Grand Canyon, and Maui, Hawaii. Following the births of their children in Hawaii, the Wolff family moved to Asheville in 2001, making a home in Biltmore Park. Stephen was a loving husband and dedicated father, always active in many sport's leagues, as a soccer referee and working with theatre groups. His free time was spent doting on his three cherished children. Always with a new joke to share with his many friends, he will be missed by all who knew and loved him. The family requests that in lieu of flowers, donations be sent to North Carolina School of Science and Mathematics, PO Box 2733, Durham, NC 27715-2733.