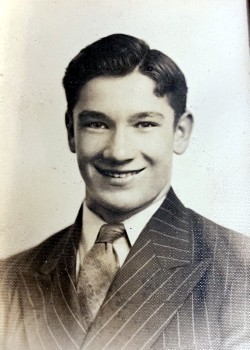 A native of Kenosha, WI, Mr. Shwaiko was a son of the late Wasil and Barbara Kubay Shwaiko. He was preceded in death by his wife, Daphne Iris Shwaiko, and by his five brothers John, Alex, George, Peter and Paul. All six brothers served proudly for their country.

Mr. Shwaiko was a veteran of the U.S. Army, having served under General Patton in WWII. He fought at the ‘Battle of the Bulge’, having pushed to the Rhine River and taken the Siegfried line twice.

A Celebration service will be held on Saturday, October 9, 2021, at 11 a.m. at the Discovery Church, 110 Johnston Blvd., Asheville, NC, with Pastor John Matinizi officiating followed with a Military service on Friday, October 29th, 2021, at 9 a.m. at the Southern WI Veteran Memorial Cemetery in Union Grove, WI.