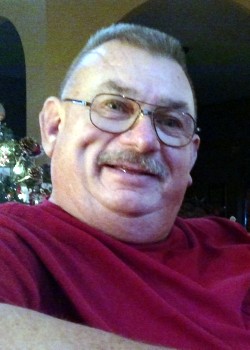 A native of Haywood Co., Steven was a son of the late Jack Ray and Reva Worley Ferguson. He was also preceded in death by his daughter, Reva Anne Ferguson; son, Steven Vella Ferguson; and his brother, Robin Jack Ferguson.

As a young man, Steven was a member of the Order of the Arrow, Boy Scouts of America. He later attended North Carolina State University, and retired as a Deputy with the Buncombe Co. Sheriff’s Department. Mr. Ferguson attended Hominy Baptist Church.

The funeral service for Steven will be held at 11:00 a.m. Saturday at Hominy Baptist Church. The Revs. Dr. Joe Yelton and Mike Scroggs will officiate. Interment will follow in the church cemetery. His family will receive friends from 9:00 a.m. to 11:00 a.m. at the church on Saturday. For those who wish to pay their respects prior to the service, Mr. Ferguson will lie in repose from 10:00 a.m. to 5:00 p.m. on Friday at Groce Funeral Home on Patton Ave. Masks and social distancing are required at the church and at the funeral home.