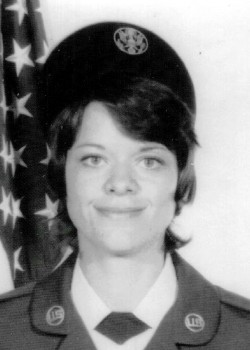 She was a daughter of the late Herbert and Emma Johnson Snowden. She was also preceded in death by her brother, Jay Snowden.

Susan was a graduate of Broward High School and was a veteran of the U.S. Air Force. She was a member of AMVET’s Post #333 of Black Mountain.

She is survived by her son, James Snowden; brother, Jerry Snowden and wife Kathy, and sister, Gayla Riccardi; and several nieces and nephews.

A private burial for the family was held at the Western Carolina State Veterans Cemetery in Black Mountain.