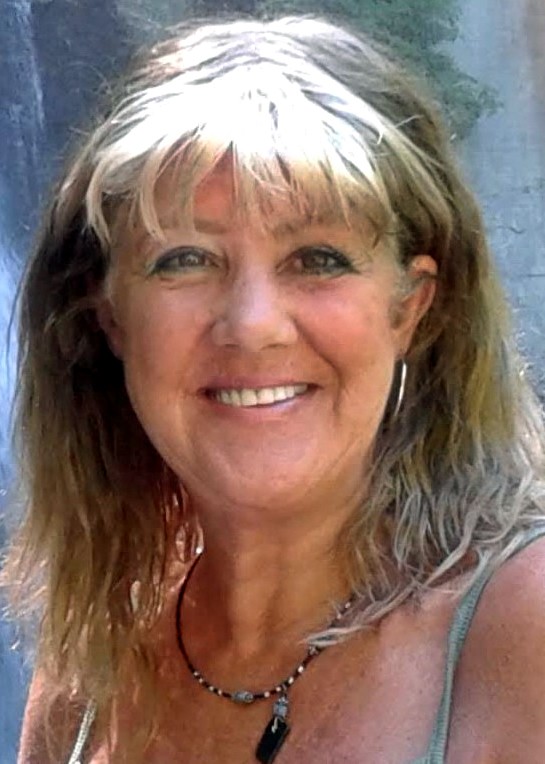 Other survivors include her sister, Sarah Allen, of Asheville; her daughters: Savannah Bradley Altherr (Everett) and Hanna Joy Allen; an uncle, Bill Ingle (Vicki) of Fletcher; several cousins; and far too many friends to name here.

She was educated in Asheville city schools and at Asheville-Buncombe and McDowell Community Colleges. She had traveled extensively and worked for many years as a travel agent. She was a widow and was also known as Sydney Coggins before reclaiming her maiden name.

Sydney had a sweet nature, a keen intelligence and an infectious sense of humor. Her spirit brightened the lives of those around her. Although disabled by her struggle with bipolar and anxiety disorders, and handicapped by recent knee and hip problems, her smile remained quick and easy. She had suffered and successfully fought against addiction, the plague of her generation. Through her times of peace and times of trouble she maintained her love for her children, for her parents, for her sister and for her friends. When joy was her portion she shared it freely with those around her. When pain was her burden, she too often carried it alone.

Sydney left too soon but she left on a high note. Her life was in a new and positive balance. She had reconciled with her past, embraced the present; and eagerly looked to the future. She was visiting family as she waited for her new apartment and her last few days were spent with her beloved daughter Hanna.

Sydney was a spiritual being. She held dear the teachings of Jesus and emphatically believed that she was a child of God. She trusted that there has been a place prepared for her in that new existence she called Heaven. She believed that it was there that she would claim her new life with departed friends and family as they waited together for their loved ones.

A memorial service will be held at 2 p.m. Saturday, August 24th, in the chapel of Groce Funeral Home on Patton Avenue. A brief reception will follow. Private graveside services will be held later.