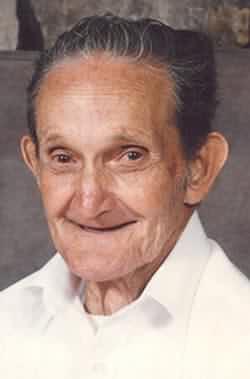 T. L. Peek, 77, of 17 Monroe King Drive, Leicester, died Friday, April 5, 2002, at his home. A native of Madison County, he was a son of the late Jim and Hilda McBride Peek. He was also preceded in death by his first wife, Mary Sue King Peek in 1976; his second wife, Ethel Faye King Peek in 1991, a granddaughter, Donna Peek Sams who died last year, and brothers and sisters, Dixie Rice, Ben Peek, Deckie Cole, Lucille Farmer, Wayne Peek and Howard Peek. He worked for Asheville Meat Packing. Survivors include a daughter, Brenda Peek Hyatt and her husband Frank of Asheville; two sons, Edward Peek and his wife Deborah and Don Peek and his wife Melba, all of Leicester; a sister, Alda Boone of Weaverville; six grandchildren and five great-grandchildren. Funeral services will be 2:00 pm Monday at Corinth Baptist Church with the Reverend Ricky Townsend and the Reverend Carl Robinson officiating. Burial will follow in the church cemetery. His family will receive friends from 7:00-8:30 pm Sunday at Groce Funeral Home on Patton Avenue and at other times will be at the home of Don and Melba Peek.