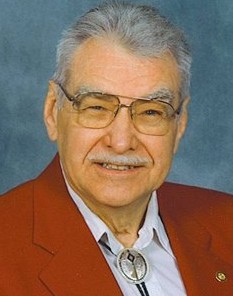 A native of Meadville, PA, Ted was a son of the late George and Belva Roudebush Kirk. He was also preceded in death by his first wife, Kathryn Sanford Kirk, to whom he was married from 1960 until her passing in 2001 and his second wife, Ruth Durrant Kirk, to whom he was married from late 2001 until her passing earlier in 2019, as well as seven of his nine siblings.

Ted served in the US Air Force from 1950-1954, graduated Wofford College with a Bachelor’s Degree and then received his Masters in Divinity from Duke University. He served as a Methodist Minister for many years in the WNC conference.

A Memorial Service will be held at 2:00 PM on Saturday, April 6 in the Norma Pulliam Chapel at Givens Estates.

In lieu of flowers, the family asks that donations be made to The Parkinson’s Foundation (www.parkinson.org).