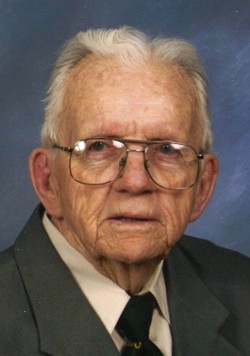 Thomas Fulton Savage, Jr., 86, formerly of Robinson Farm Rd., Canton, died on Tuesday, April 3, 2007, at the Brian Center in Waynesville. A decorated US Marine, Maj. Savage was born in Evanston, Illinois on August 4, 1920. He was a son of Thomas F. Savage of Glasgow, Scotland and Isabel M. McClenahan, of Belfast, Ireland. He graduated from Evanston High School where he was the class president for four years, and received a full scholarship to Monmouth College, Monmouth, IL. Once again, he was president of his freshman class. He left college in his junior year to enlist in the US Marine Corp. on December 8, 1941, one day after the attack on Pearl Harbor. Selected for and graduating from the Naval Aviation program as a 2nd Lt. USMC as a fighter pilot, he spent 27 months in the South Pacific battle areas. When war ended in 1946, he resigned his commission and took a position in the executive training program of John Deere Company in Moline, IL. He accepted orders to return to duty with the USMC in June of 1950 during the Korean Conflict, and participated with the elements of the 1st Marine Division for 13 months in Korea as a Commanding Officer of a Marine Corps. Engineering Company. Returning to the United States, he was assigned to the 2nd Marine Division in Camp Lejeune, NC and served with the 2nd Engineering Battalion as Logistic Officer, Executive Officer, and Commanding Officer. Then he completed Marine regular service as Commanding Officer, Baker Co. 2nd Shore Party Bn., where it was made the demonstrating unit for combat landing in wartime. He maintained his Marine Corps. association on the Staff of the 6th Naval District, Atlanta, GA as Engineer Officer. He entered Federal Service with the US Air Force after successful examinations as a GS-5 Trainee at Warner Robbins Air Force Base in Georgia. 14 years later brought a transfer to Hanscom, Air Force Base in Massachusetts as a GS-12, then retirement in 1962 with the Systems Command as a GS-12. During his service to the United States, Maj. Savage received two Purple Hearts, a Navy Cross and a Silver Star. Known as a fearless leader in wartime, he was also known as a gentle man and skilled administrator in peace who lived a Christian life in his love for God. He was a Gideon and a certified consultant with the United Methodist Conference in New Hampshire. He was an Eagle Scout, and in various times, a Scoutmaster, raising 23 Eagle Scouts. An avid “rock hound,” he was the North Carolina State Director for the Southeast Federation of Mineralogical Society for six years and later donated a personal collection of over 4000 minerals to the Waiman Museum in Cartersville, GA. He was a member of Plains United Methodist Church in Canton in his last years. He was a 32nd Mason with Pinta Lodge, Barnsville, GA, member of Scottish Rite, and a member of the Al-Sihah Shriners, Macon, GA and member of the Shrine Club of Haywood County. He is survived by one son, Maj. Timothy Savage and wife Marylin, of Covington, GA; two grandchildren, Mark Savage of Sierra Vista, AZ, and Lara Weisensel and husband David, of Fairbanks, AK; great-grandchildren, Megan and Thomas Weisensel, both of Fairbanks; and his fiancée, Barbara Carter. A memorial service for Maj. Savage will be at 2:00 p.m. Monday, April 30 at the Western Carolina State Veterans Cemetery with the Rev. Michael F. Austin officiating. Memorials may be made to the handicapped parking lot at Plains United Methodist Church c/o Maxine Kinsland, 105 Hillview Dr., Canton, NC 28716.