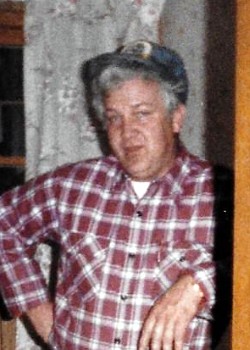 A native of Buncombe Co., Tommy was a son of the late Charlie and Delano Henderson Tipton. He was also preceded in death by his sisters, Cordilou Snuffer, Patsy Roberts; and brothers, Charles, William, Doug and Mike Tipton.

Mr. Tipton worked as a home builder for 25 years before eventually going into the grading business. He also farmed and raised tobacco and cattle.

He is survived by his wife of 61 years, Judy M. Tipton; and son, Tommy K. Tipton.

The funeral service will be held at 3:00 p.m. on Thursday at Turkey Creek Baptist Church. Pastor Mark Caldwell and the Rev. Ricky Townsend will officiate. Interment will follow in the church cemetery.

His family will receive friends for one hour prior to the service beginning at 2:00 p.m.

His family would like to express their thanks to the staff of the CarePartners Solace Center for the excellent care and compassion shown to Tommy.