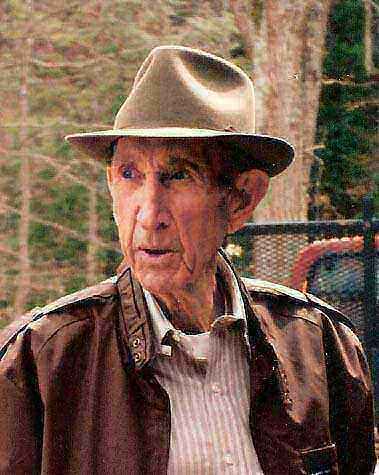 Ulysses Roy (U.R.) Woody, 86, of 344 Sugar Creek Rd., Leicester, died Tuesday, April 4, 2006, at his residence. Mr. Woody was born in Buncombe County and was a son of the late B.E. and Narmie King Woody. He was also preceded in death by his four brothers, Richard Woody, I.P. Woody, Owen Woody, and Venson Woody. Mr. Woody was an Army veteran, and was a retired farmer. He is survived by his wife of 68 years, Geneva Ingle Woody; one daughter, Susie Caldwell and her husband, Ted, of Leicester; one son, Neal Woody and his wife, Peggy, of Leicester; one sister, Ilar Prockiw, of Pennsylvania; three grandchildren Jason Woody and his wife Brandi, David Woody and his wife, Gina, and Jeff Caldwell and his wife Silky; and three great-grandchildren, Davey Woody, Judson Woody, and Alex Jarosz. A funeral service will be held at 2:00 p.m. Saturday at Jones Valley Baptist Church with the Revs. Ricky Townsend and Tom Dorsey officiating. Interment will follow in the church cemetery with Bruce Hudgins, Gary Edmonds, Donnie Ingle, T.J. Gahagan, Dennis Robinson, Rex Ingle, and Tyler Townsend serving as pallbearers. Mr. Woody was a respected community leader who was loved greatly and will be missed by his family and friends. His family will receive friends at the Groce Funeral Home chapel on Patton Avenue on Friday from 6:00-8:00 p.m. where Mr. Woody will remain until being placed in the church 30 minutes prior to the service. At other times, the family will be at the home of Ted and Susie Caldwell.