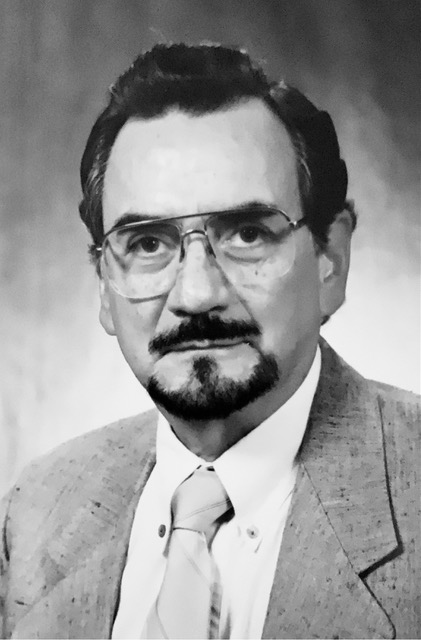 Dr. Uriel Velandia passed away peacefully on the evening of September 22, 2022. He was preceded in death by his beloved wife, Beatriz. He was born to the late Helena and Luis Emigdio Velandia on July 10, 1932, in Gambita, Colombia, South America. He is dearly loved and remembered by his daughter Patricia Kuehl and her husband, William, of Asheville, NC; son Alex Velandia, of Cumberland, MD; daughter Nancy Dowd and her husband Sean, of Morrisville, NC; and grandchildren Ryan Dowd, Kyle Dowd, Natalie Powell and her husband Tyler, and Jessica Kuehl.

Uriel married the love of his life, Beatriz, in 1959 and had three children. Uriel earned his medical degree from The National University of Colombia School of Medicine. He came to the United States in 1964 and advanced his medical career by completing an internship and residency at Marymount Hospital in Cleveland, Ohio. He went on to complete an additional residency in surgery at DePaul Medical Center in Norfolk, VA. He joined the medical staff at Sacred Heart Hospital in Cumberland, MD, in 1971 as an emergency physician. In 1974, Uriel opened his own private practice in family medicine where he practiced for 31 years until he retired in 2005. His patients loved him for his kindness and understanding; he cared for multiple generations of families and remained in touch with several patients until his passing.

When Uriel retired, he and Beatriz moved to Wilmington, NC, to be closer to their family. He spent his years playing golf, making new friends and enjoying old ones, and having his children and grandchildren visit often. He was an incredible grandfather who would swim with his grandchildren in the ocean, play with Beanie Babies, and teach them how to cook. Every family dinner would end with deep conversations lasting for hours, discussing his adventures in Colombia, and the meaning of life. Uriel lived large and was the life of the party. If he’d had it his way, he would have been the first to arrive and the last to leave. He was a very emotional and passionate man in every aspect of life; he was a romantic who valued deep friendships, classical music, and art.

In 2016, Uriel and Bea moved to Asheville, NC, and enjoyed their time in the mountains and loved the frequent bear sightings. Uriel found his time in Asheville to be very peaceful. He exemplified unfailing love and generosity, and mixed in a mischievous sense of humor, intense competitiveness, and flair for the dramatic. Uriel will be deeply missed by family and friends, but they find comfort in knowing that he is reunited with Beatriz, the love of his life.

Date and location of the celebration of Uriel will be decided at a later time.