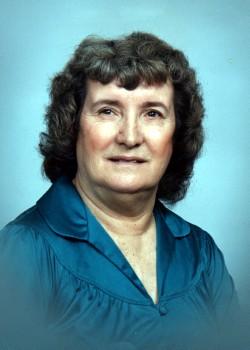 Viola Mae Shirlin Autrey, 87, of North Bear Creek Rd., died Tuesday, January 10, 2012, at Aston Park Health Care Center. A native of Buncombe Co., she was a daughter of the late Fred and Nina Cook Shirlin. She was also preceded in death by her husband, William Carson Autrey, who died in 1986. Mrs. Autrey was formerly employed with Square D. She was also a member of State Street Church of God. She is survived by daughters Suzy Waldrop and husband Jerry of Candler, and Nina Fowler and husband Andy of Huntsville, Arkansas; 5 grandchildren; and 11 great-grandchildren. A graveside service will be held at 1:00 p.m. Friday at Pisgah View Memorial Park, with Mr. John Parris officiating. Her family will receive friends following the service at the graveside. In lieu of flowers, memorials may be made to Aston Park, 380 Brevard Rd., Asheville, NC 28806. Groce Funeral Home on Patton Ave. is assisting the family.