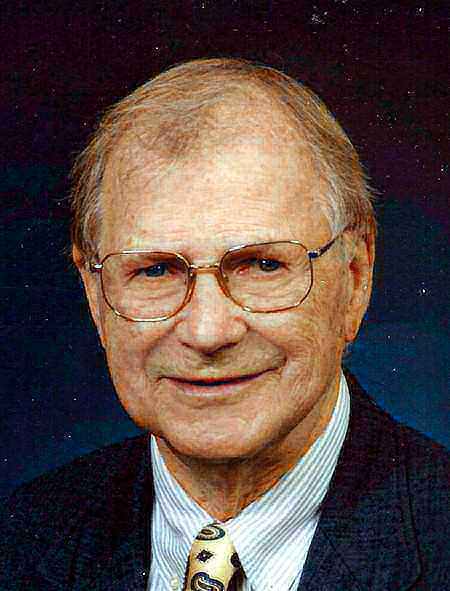 Walter Philip Johnson, 91, of Asheville, NC, passed away Friday, November 15, 2013. Walter was a resident of Deerfield Episcopal Retirement Community. Originally from Flandreau, South Dakota, he served in the United States Navy during WWII. Stationed at Cherry Point, NC, Walter served as a Pharmacist's Mate on the USS Zielin, in the South Pacific. After the war, Walter attended the University of Nebraska Pharmacy School. He returned to North Carolina and lived in Kinston for many years where he was involved in the community as a Deacon of Gordon Street Christian Church, was a bridge enthusiast and self-proclaimed 'average golfer.' After retiring from over 35 years as a 'home town' pharmacist, owner of the Medical Center Pharmacy, Walter enjoyed many years, living between Cashiers and Asheville in the North Carolina Mountains. Walter is survived by his wife Roberta Johnson, daughters: Kennedy and husband, David Burns and their daughter, Frances of Hood River, OR; his daughter Martha Johnson, her partner, Margaret Taylor and daughter Emily Frances Cox of Atlanta, GA; his daughter Kathryn and husband David Bryant and their children Alexandra Frances and Will of Tampa, FL; his brother Veryl of Worthington, MN. He is predeceased by his first wife Frances Lonon Johnson, his granddaughter, Kathryn Kennedy Cox and his brothers Moller and Dwaine Johnson. A memorial service will be held at St. Giles Chapel, Deerfield on Monday, November 18, at 2:00 pm, 1671 Hendersonville Rd, Asheville, NC 28803, (828) 274-1531. Donations can be made to St. Giles Chapel. Groce Funeral Home at Lake Julian is assisting the family.