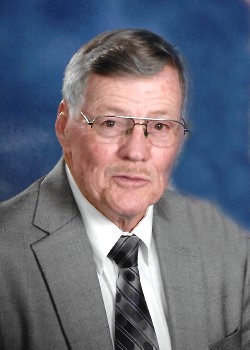 Warren Wilson Deaver, 85, passed away on Tuesday, August 31, 2021, at the Laurels of GreenTree Ridge.

He was born on May 3, 1936, in McColl, SC, to the late Houston and Mae Deaver. Mr. Deaver was also preceded in death by his brother, Houston J. Deaver.

He was a graduate of McColl High School and played all sports during his time there. After graduation, he enrolled at Western Carolina College where he began pursuing a degree and playing football. He joined the U.S. Army and was stationed at Fort Myers and had the opportunity to play service football. After serving a tour in Greenland, Warren returned to Western Carolina College and earned a degree.

Warren retired as manager of American General Finance Co. where he worked for 30 years. After retirement, he volunteered at St. Joseph’s Hospital for a brief time and later worked for Boost Transportation and the Crowne Plaza Hotel, both as a driver and golf course ranger. He was also a member of West Asheville Baptist Church.

Due to COVID conditions, no memorial service will be held at this time. There will be a private Celebration of Life held at a later date at Valleytown Cemetery, Andrews, NC.

His family would like to give special thanks to the staffs of Laurels of GreenTree Ridge and Four Seasons Hospice for the excellent care and compassion they gave to Mr. Deaver.