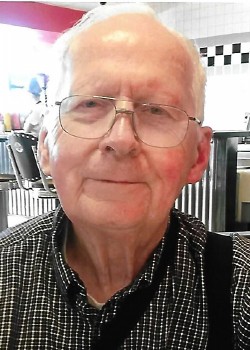 A native of Omaha, NE, Wayne spent the majority of his life in North Carolina. He was a son of the late Clarence Braur and Ethel Victoria Larson Anderson. He was also preceded in death by his wife, Mary Ellen Reinhart Anderson; daughter, Mary Frances Buchanan; and his siblings, Evelyn Lois Kaufman, Ralph Albert Anderson and Kenneth Herbert Anderson.

Mr. Anderson was a veteran of World War II, proudly serving his country in the Pacific Theater in the U.S. Army. He retired in 1987 from the NC Department of Transportation, where he worked as a geologist for 25 years. In addition to receiving a geology degree in 1960 from UVA, Mr. Anderson also received an art degree from UNCA in 1991. He was a member of Oak Forest Presbyterian Church for over 40 years.