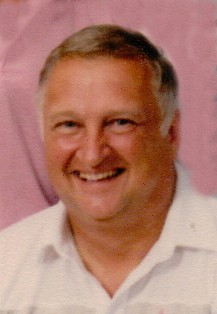 Wilfred "Willie" Albert Mayrand, 71, of Mayrand Rd., Leicester, died Sunday, October 30, 2011, at Memorial Campus, Mission Hospital. A native of Gill, Mass., he was a son of the late Wilfred E. and Celia Purple Mayrand. Mr. Mayrand was the founder and owner of Crown Aluminum. He was a Veteran of the U.S. Army, having served in Korea. He was an avid small track race car driver. He enjoyed traveling, and loved to cruise around in his 1938 Ford. He was also a member of the Shrine. He is survived by his wife, Avis Crafts Mayrand; sons Jeffrey Mayrand and wife Kristi, and David Mayrand and wife Gail; grandson Taylor Austin Mayrand, whom he called "My Little Buddy"; granddaughters Brooke and Taylor Paige Mayrand; sister Cheryl Petrin and husband Rich; brothers Robert Mayrand, Russell Mayrand and wife Shirley, and John Mayrand and wife Carol; and several nieces and nephews. A memorial service will be held at 6:00 p.m. Thursday in the Patton Avenue chapel of Groce Funeral Home, with the Rev. Charles Phillips officiating. His family will receive friends following the service, and at other times at the residence, 2 Mayrand Rd., Leicester. Flowers are appreciated, or memorials may be made in his honor to the Leicester VFD, PO Box 100, Leicester, NC, 28748, or to CarePartners Hospice, PO Box 25338, Asheville, NC 28813, or to the VAMC Heart Unit, 1100 Tunnel Rd., Asheville, NC 28805.