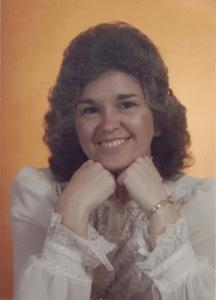 Willa Ree Blankenship Cooper, 55, of Wise Road, Candler, died Saturday, September 28, 2002, at her home. A native of Candler, she was a daughter of the late William Horace and Helen Marie Stewart Blankenship and a member of Laurel Hill Methodist Church. After graduation from Enka High School in 1965, she began her career with Southern Bell as an operator. Working her way through various positions, she was one of the first female switchmen in this area and the first woman to hold the title of Central Office Foreman in this part of the state. It was a job she loved, perhaps surpassed only by System Administration before her retirement. Following an early retirement, she became an avid genealogy researcher attempting to assist many family members and friends with their searches, especially in the Yancey County area. She co-published an 1880 Yancey County census book and wrote many articles regarding the families that she researched. Her second love of retirement life was golf. She and her husband were able to visit many beautiful golf courses and have made many wonderful friends, especially in the Reems Creek and Cliffs Valley Golf Communities. She is survived by her husband, Wade Hampton Cooper; a daughter, Sherri Taylor of Candler; a son, Jeremy Shaun Taylor of Dayton, OH; two brothers, Robert Bruce Blankenship, Sr. and James William Blankenship, both of Candler, a sister, Rebecca Diane Worthy of Hendersonville and special best friends, Thomas and Susan Bodvig of Orangeville, IL, as well as other wonderful friends and extended Cooper family members claimed as her own. Funeral services will be 6:00 pm Monday in the Patton Avenue chapel of Groce Funeral Home with the Revs. Glenda Bramlet and John Erwin officiating. The family will receive friends following the service until 9:00 pm. Burial will be 10:00 am Tuesday at Cooper Family Cemetery in Burnsville. Pallbearers will be Bill Cooper, Gary Cooper, Steve Cooper, Paul Cooper, Kenneth Blankenship, and Bruce Blankenship, Jr. Honorary Pallbearers will be Microswitch Golf League Members. In lieu of flowers, donations may be made to Mountain Area Hospice, PO Box 25338, Asheville, NC 28813.