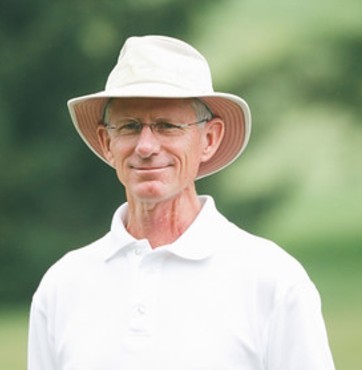 William "Bill" Joseph Samuels, 65, of Arden, passed away Tuesday, April 25, 2017 at his residence. A native of Oak Ridge, TN, he was a son of Garland Samuels and of the late Marie Heider Samuels. He was also preceded in death by one sister, Jane Samuels. Bill proudly served his country in the US Army from 1972-1974. He went on to earn his Bachelors of Science in Horticulture and Turf Management from the University of Tennessee. After working at both Ogden City and Stansbury Golf Clubs in Utah and Champion Golf Club in Lexington, KY, Bill began his 25 year career as the Golf Course Superintendent at Biltmore Forest Country Club. In honor of his service, the BFCC has established an award in Bill's name, which will be given annually to an employee who exhibits the same loyalty, passion, hard work and dedication that Bill demonstrated. When not on the golf course, Bill enjoyed mountain biking with family, fly fishing with friends, working in his yard and walking his dog Cane. He will be loved and missed dearly by his family and friends. In addition to his father, Bill is survived by his loving wife of 35 years, Vickie Wright Samuels; their two children, Mary and Zach Samuels and his four siblings, Ann Wright, David Samuels, Mary Samuels and Kathy Crabb. A Memorial Mass will be held at 10:30 AM on Tuesday, May 2 at St. Barnabas Roman Catholic Church with Father Adrian Porras officiating. The family will receive friends at a reception in the church parish hall immediately following the Mass. Interment with Military Honors will be held at 10:00 AM on Wednesday, May 3 at the Western Carolina State Veterans Cemetery. Flowers are appreciated, but for those who choose, memorial donations may be made in Bill's name to the American Cancer Society (www.cancer.org). Groce Funeral Home at Lake Julian is assisting the family.