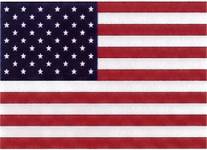 SFC William Franklin Wehunt, USA, Ret., 78, of Mills River, N.C. passed away Tuesday, February 7, 2012 at Mountain Home Health & Rehabilitation Center in Hendersonville, N.C. A native of Lincoln County, NC, he was a son of the late Frank Carl and Donnie Lee Keener Wehunt. He was also preceded in death by his beloved wife, Carrie Heavner Wehunt who died in 2010. Bill served in the US Army in Germany during the Korean War. He retired from active duty in the US Army Reserve and Civil Service Army Reserve Center. He is survived by two daughters, Karen Wehunt Nantz and her husband, David, of Mills River and Kim Wehunt Armstrong and her husband, Danny, of Miami, FL; three grandchildren, Matthew Daniel Armstrong and Timothy Michael Armstrong, both of Miami, FL and Harley Rachell Nantz of Asheville; one sister, Mary Wehunt Frye of Vale, NC and one brother, Kenneth Carl Wehunt of Iron Station, NC. He will be missed by family and friends for his sense of humor and his extraordinary craftsmanship. A funeral service will be held at 2:00 PM on Saturday, February 11, 2012 at McKendree United Methodist Church (3537 Maiden Hwy, Lincolnton, NC 28092) with the Revs. Jim Reeves and Roy Sides officiating. Interment will follow in the church cemetery. The family will receive friends from 1:00-2:00 PM on Saturday at the church. Memorial donations may be made to either McKendree United Methodist Church, 3537 Maiden Highway, Lincolnton, NC 28092 or to Mountain Home Health & Rehab, 200 Heritage Circle, Hendersonville, NC 28791.