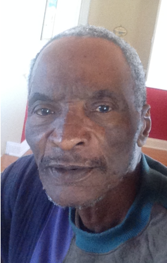 Mr. Sutton was born in New Orleans, Louisiana to Samuel and Margaret Sutton. He was preceded in death by his two brothers, Michael Sutton and Reginald Brown.

William graduated from Southern Normal High School in Brewton, Alabama. He was an avid sports fan and played football in High School. He was a veteran of the U.S. Marines and served during the Vietnam War. He loved his family dearly and was proud of his grandchildren and great grandchildren.

A funeral service is scheduled for Thursday, July 23, 2020 at 1:00 PM at Groce Funeral Home at Lake Julian in Arden, NC with Pastor Darrell McClaren officiating. Due to Covid-19 restrictions funeral home gatherings are limited to 50 people at the current time. Burial will be private at the WNC State Veterans Cemetery in Black Mountain.