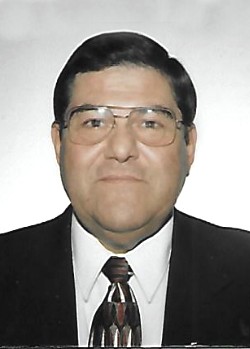 A native of Pickens Co., SC, Mr. Smith was a son of the late Bruce Sheldon Smith and Nellie Ragsdale Smith.

Mr. Smith was a veteran of the U.S. Army, serving as an MP in Korea, where he escorted dignitaries to various meetings, including Connie Frances. He attended Clemson University and was a member of the IPTAY Club. He was a V.P. of First Citizens Bank, retiring from the Bryson City branch after 39 years of service. He was a member of Trinity Baptist Church of Asheville.

Memorial services with Military Honors will be held on Sunday, January 30 at 2:30 p.m. at Trinity Baptist Church of Asheville, with Pastors Winston Parrish and Allen Rash officiating.

In lieu of flowers, memorials may be made to Trinity Baptist Church, 216 Shelburne Rd., Asheville, NC 28806.