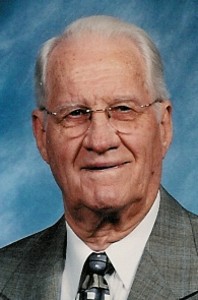 WILLIAM F. “BILL” HALL William Frank “Bill” Hall, 83, of 17 Austin Drive, Candler, died Saturday, August 15, 2007, at Pisgah Manor Nursing Center. Mr. Hall was a native of Buncombe County and was the son of the late Frank W. and Lucy Summey Hall. He was a Marine Corps veteran of WW II, serving at Okinawa. He was associated with the Crane Company for 41 years, serving as branch manager in Asheville for 12 years. He was a member of Central United Methodist Church and the Covenant Sunday School Class. He was preceded in death by his first wife, Kathryn Trull Hall, who died in 1987, his second wife, Jane Dillard Hall, who died in 2006, and by his sister, Frances Mallonee. Surviving are three sons, Stuart Hall and his wife, Vicki, of Asheville, Steve Hall and his wife, Belinda, of Candler, and Alan Hall and his wife, Sherry, of Candler; four grandchildren, Jake, Rob, Adam and Lauren; step-grandchildren, Nathalie and Charles Cort; niece Janet Mallonee Baker and her husband, Dan, of Beltsville, MD. A memorial service will be at 2:00 p.m. Saturday at Central United Methodist Church with the Rev. Christy Matlick officiating. Private interment will be at Montmorenci United Methodist Church Cemetery. The family will receive friends in the church parlor prior to the memorial service. Memorials may be made to the Montmorenci United Methodist Church Cemetery Fund, PO Box 610, Candler, NC 28715, or to the charity of one’s choice. The family expresses appreciation to the staff at Pisgah Manor Health Care Center and CarePartners Hospice for the care and attention they provided to Mr. Hall. Groce Funeral Home on Patton Avenue is assisting with the arrangements.