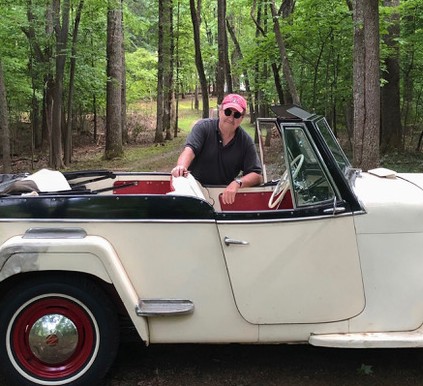 William Francis O’Connor III “Willy,” age 72, passed away on June 17, 2021, in Asheville, NC, after a year-long battle with glioblastoma.

He is survived by his wife, Barbara; his son, Grady; his mother, Dixie O’Connor; his sisters, Elizabeth Elfers and Rebecca Barbieri; his brother, Stephen O’Connor; and his dog, Rocket.

Willy was born in Buffalo, NY. He attended DeVeaux School in Niagara Falls, NY, and the University of Arizona. He served his country in Vietnam in the U.S. Marine Corps.

Willy loved NASCAR, old British cars in need of restoration, and the Andy Griffith Show. He hated Brussels sprouts, events requiring a tie and turning off the basement lights.

He had a nickname for everyone. If you don’t know what yours was, please don’t ask his wife. You may not want to know it.

Willy was the handiest handyman of all time. He was generous, honest, funny and stubborn.

A memorial service will be held on Wednesday, June 23, at 2:00 p.m. in the chapel of Groce Funeral Home at 1401 Patton Avenue in Asheville, NC., followed by a gathering with friends and family in the adjacent gathering room.

In lieu of flowers, donations may be made in his memory to New England Center and Home for Veterans, 17 Court St, Boston, MA 02108.