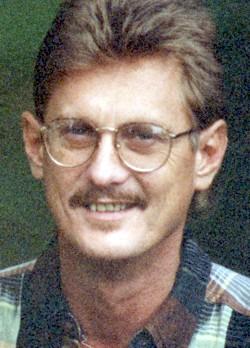 William Harrison "Skip" Cogburn, III, 57, of 25 Drake St., Asheville, died on Monday, December 15, 2008, at Memorial Campus Mission Hospitals. A native of Buncombe Co., Mr. Cogburn was a son of the William Harrison Cogburn, Jr., and of the late Beverly Pittillo Cogburn. A resident of Tucson, AZ for 25 years, Mr. Cogburn was a Harley Davidson Motorcycle enthusiast, and an avid New York Yankee and North Carolina Tar Heel fan. He worked as a design engineer with A.E. Randall Co. for over 20 years. In addition to his father, he is survived by his son, Jefferson James Cogburn, of Tucson; brothers, Paul Franklin Cogburn, of Asheville, and Michael A. Cogburn and wife Karen, of Arden; and beloved dog, Neiko. A celebration of his life will be held from 2:00 to 5:00 p.m. Saturday at Groce Funeral Home on Patton Avenue.