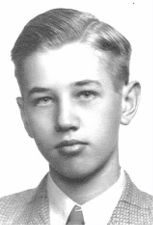 A native of Banner Elk, NC, he was the son of the late Agnes S. and William Patterson Holt. He spent his early childhood in Greensboro as the son of a dairy farmer and relocated to Asheville with his family in the early 1930’s.

He attended Oakley Elementary School, Penland Episcopal School, David Millard Junior High School, graduated from Lee H. Edwards High School in 1945 and attended Asheville Biltmore College. He was an Air Force veteran, serving during the Japan occupation. He was a retired employee of Southern Bell Telephone with 33 years service and then performed phone service contract work for many years. He was a charter member of the Cathedral of All Souls Episcopal Church, a member of the Telephone Pioneers and a dedicated volunteer for ABCCM.

In addition to his parents, Mr. Holt was preceded in death by a son, William Patterson “Pat” Holt, Jr. and a brother, F.S. Holt.

Mr. Holt is survived by his beloved wife of 45 years, Marian Davis Holt; daughter, Renee Holt of Asheville; sister, Jane Elizabeth Blodgett and her husband, Lewis, of Asheville; brother Herbert L. “Jack” Holt and his wife, Linnea, of Salt Lake City, Utah; sister-in-law, Dorothy Holt of Asheville and a number of nieces, nephews and cousins. He was a devoted and loving husband, father and a friend and neighbor to all.

Services will be held at 11 am Thursday at the Cathedral of All Souls Episcopal Church with the Very Rev. Todd M. Donatelli officiating. Interment will follow in Calvary Episcopal Churchyard.

Mr. Holt’s family will receive friends from 7 until 8:30 Wednesday at Groce Funeral Home on Patton Avenue.