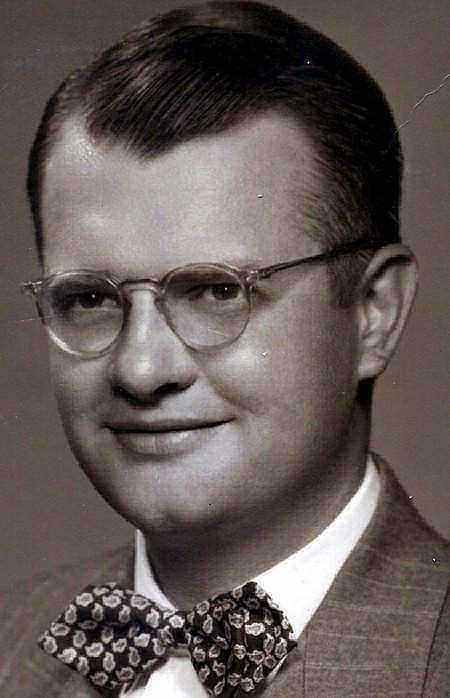 William Thomas Duckworth, Jr., 90 years, died January 23, 2011 at Givens Estates Health Care Center in Asheville, NC. A life-long native of Asheville, he was the son of the late William Thomas Duckworth, Sr. and Margaret Mae Ball Duckworth and the brother of the late Margaret Duckworth Spurling of Bethesda, MD. He was the proud and happy husband of the late Mary Watson Corpening Duckworth with whom he shared 67 years of marriage and who predeceased him in 2009. He is survived by his daughter, Lynne D. Breed, son-in-law Richard P. Breed III, grandchildren Ashley B. Breed, Richard P. Breed IV and Mary-Stuart W. Breed, all of Marblehead, MA. His grand-daughter, Lindsay R. Breed, passed away in 2009. He is survived by two sister-in-laws, Mrs. Avis Corpening of Granite Falls, NC; Mrs. Jean Corpening of Salisbury, NC; a brother-in-law, Dr. Tom N. Corpening of Houston, TX; 16 nieces and nephews and 14 grand nieces and nephews. Bill was born on March 7, 1920 and attended Grace School through high school graduation. He traveled around the world for a year as the valise for his great-uncle, O.D. Revell. Upon return, he entered Mars Hill College, Mars Hill, NC where he met and fell in love with Mary Watson. He transferred to Wake Forest College, joined the Kappa Sigma fraternity and graduated in 1942 with a BS degree. Three weeks later he married Mary Watson at the First Baptist Church in Granite Falls, NC with a reception in the garden at her home. After a brief honeymoon in the mountains of Western North Carolina, Bill was inducted into the US Army and was stationed at Fort Jackson in Columbia, SC as Quartermaster Sergeant. Mary Watson joined him in 1943 and they lived there for the duration of WWII. In 1946 the young couple moved to Asheville permanently and Bill joined his father as a realtor and appraiser in the W. T. Duckworth Company. After traveling through New England to purchase antique furniture, Mary and Bill decided to build a classic Cape Cod home at 32 Maywood Road in 1950 where they lived blissfully for 55 years. They were active members of the First Baptist Church as teachers for the Youth Sunday School and Bill served as a Deacon. In the summer of 1953, he took a post graduate course at Duke University Divinity School as he considered becoming a minister. In 1954, Bill enrolled in a summer course at Harvard University in appraising. When his father died in 1960, Bill took over the management of the company as well as managing the Revell Estate. He received many designations and awards during his illustrious career as an appraiser including MAI, AIREA, SREA and a lifetime member of the Buncombe County Realtor Association. He taught advanced courses at UNC-Chapel Hill, NC as well as speaking nationally and locally at professional appraiser's conferences. He was a director of the Asheville Savings Bank, a member of the Asheville Zoning and Planning Committee, a member of the Asheville Housing Authority, Chairman of the Buncombe County Welfare Board, Secretary of the Young Democrats Club, Director of the YMCA, a member of the Greater Asheville Council. President of the Central Asheville Association, President of the Junior Chamber of Commerce and Director of the Chamber of Commerce, Director of the Asheville Merchants Association, Chief of Staff of the Rhododendron Royal Brigade of Guards, member of the Knights of the Laurel, a member of the Board of Governors of the Asheville Country Club, a member of the Asheville City Club and a member of the Rotary Club. His work as a respected appraiser and realtor helped to shape the urban renewal growth and development of downtown Asheville. Highlights of his career included the honor of appraising the Biltmore Estate and the Cherokee Indian Reservation. In 2005 they moved to Givens Estates in Oxford Commons and they shared 4 more years together there. As a couple they loved to travel and took advantage of every opportunity to do so as often as possible. They also shared a love of ballroom dancing and gourmet cooking and entertained frequently with friends and family. In 1970, Bill and Mary built a beloved cabin at Lake Tahoma, Marion, NC and christened it appropriately, "Hoot 'N Holler". Bill named his boat 'The Queen Mary" and Mary graciously prepared endless meals of freshly caught rainbow trout, bream and bass. Active in civic duties his whole life, Bill always contributed to meetings by toasting the events with his inimitable joke-telling, most notably with his hysterical rendering of "The Wide Mouth Frog" joke, delivered with perfect timing, inflection and facial expressions, charming young and old. Bill loved to hunt, fish, and camp in the mountains and enjoyed being surrounded by nature, feeding his birds and squirrels with much devotion. Some of his happiest times were spent singing barbershop harmony with his dear friends, Jim Hall and Bob Carter, and playing his harmonica at the piano or around the campfires. Fondly called "Grand Bill", his enthusiasm and gusto for life's big and little adventures spilled over to everyone he met and his generosity and love was abundant in all he did. Bill was a true Southern gentleman in every way who will be adored forever. A memorial service will be held at the Pulliam Chapel at Givens Estates at 4:00 pm, Friday, January 28, followed by a reception in the adjoining room. In lieu of flowers, the family requests that any donations be made to First Baptist Church, 5 Oak Street, Asheville, NC 28801, Givens Estates, 2360 Sweeten Creek Road, Asheville, NC 28803, Mars Hill College, P.O.Box 6677, Mars Hill, NC 28754 or to Wake Forest University, Office of University Advancement, Box 7227, Winston Salem, NC 27109. Groce Funeral Home at Lake Julian is assisting the family. Even though he was a "lefty", he lived his life right!