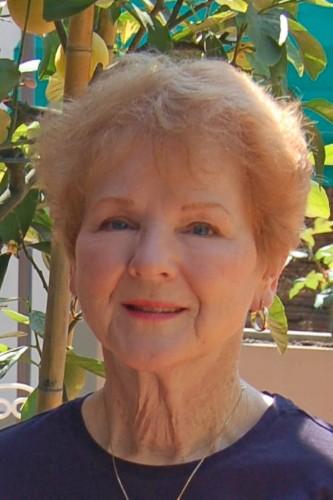 THE REV. ZELLA CARPENTER ASHEVILLE - The Reverend Zella Mae Sparks Carpenter, 69, of the Acton Woods community near Asheville, passed away peacefully Thursday evening at the John F. Keever Solace Center in Asheville in the presence of her family after a short battle with cancer. She was the serving pastor of Acton United Methodist Church. A native of Bakersville in Mitchell County, she was the third daughter of the late Brown and Elsie Sparks. In addition to her parents, she was preceded in death by her older sister Norma Jean Summers. Zella graduated from Western Carolina University in 1962, and was awarded a Masters Degree from University of North Carolina at Greensboro before beginning a twenty year career in education. In 1993, she entered Duke Seminary and was awarded a Masters of Divinity in 1995. She served as a United Methodist pastor in both the eastern and western United Methodist conferences including churches in Chocowinity, Lizzie, Maury, Black Creek, Lucama, High Point, twice in Hickory, and finally Acton in Candler. She is survived by Ray Douglas Carpenter, her loving husband of 45 years. Her only child Lieutenant Colonel Clifton Carpenter, USMC and his wife Major Charlotte Carpenter, USMC reside with their two daughters in Swansboro, NC. Her sister Rouselle Mears lives with her husband George in Knoxville, TN and her sister Lou Ellen Metcalf lives with her husband Ed in Bakersville. A memorial service is scheduled for 2:00 p.m. Monday at Acton United Methodist Church with the District Superintendent, Rev. Dr. John S. Boggs officiating. Memorials in lieu of flowers may be made to CarePartners Hospice, PO Box 25338, Asheville, NC 28813, or to Heiffer International, 1 World Avenue, Little Rock, AR 72202.